The current Directory was developed in 2007 and the number of companies in the Directory has increased from 78 to 107 in the new version.

In his foreword to the Directory, Sharif Rahimzoda, Minister of Economic Development and Trade, mentioned that the unique bioclimatic conditions, ample mineral and primary resources, enormous water power potential and labor resources of Tajikistan constitute basic factors in the production of competitive products and the integration of the national economy into the world economy. Mr. Rahimzoda noted that “it is good, that this Directory has been developed for the second time, which demonstrates the success of the previous version. This Export Directory also presents Tajikistan`s invitation for cooperation. It is an invitation to all those who are seeking to discover new opportunities and implement new ideas. The Export Directory can help to find new partners in Tajikistan.”

Over 273 enterprises were surveyed for the Directory, and 107 of them were included in the final version. A search system was established that allowed enterprises to be selected by name, economic sector or product. According to Professor Azizullo Avezov, General Director of Business Consulting Group, a local company which developed the Directory, the most successful enterprises in the current export trade and those having export potential were included. Mr. Avezov says “the selected enterprises were divided into 11 economic sectors. The Export Directory includes data on enterprises and their products and services, on sectors and key trends of national economy development, and on macroeconomic country development indicators.”

The Export Directory was developed under the Trade Promotion Programme in Tajikistan implemented by the International Trade Centre (ITC) and funded by SECO. According to Saidmumin Kamolov, ITC National Programme Manager, the goal of developing the Directory is “to increase awareness of the export potential and capacities of Tajik enterprises among international business communities and potential foreign investors. In other words, the Directory will serve as a business card for Tajik enterprises and their export potential. In modern conditions the directory is an excellent means for attracting more investments to the Tajikistan economy.”

It’s expected that the Directory will also be available in print version with the financial support of GIZ office in Tajikistan.

The overall objective of Trade Promotion Programme in Tajikistan is to contribute to the sustainable expansion and diversification of SMEs’ exports in Tajikistan, by increasing the competitiveness of the textile and clothing industry and improving the quality management infrastructure of the country. This project is funded by the Government of Switzerland through the State Secretariat for Economic Affairs (SECO).

ITC Global Textiles and Clothing Programme in Tajikistan is funded by the Government of Switzerland. The overall goal of Swiss Cooperation in Tajikistan is to support the transition process in the country through contributing to economic development and by helping build institutions and systems which are responsive to the population’s needs.

ITC Ready4 Trade Central Asia project is funded by the European Union. The European Union is made up of 28 Member States who have decided to gradually link together their know-how, resources and destinies. The European Union active in Tajikistan since 1992 and provides approximately EUR 35 million annually in development assistance.

ITC Enabling Market Access for Tajik Agro products through Improved Food Safety System project is funded by the Standards and Trade Development Facility (STDF). The STDF is a global partnership – established by FAO, OIE, the World Bank, WHO and the WTO – that supports developing countries in building their capacity to implement international sanitary and phytosanitary (SPS) standards, guidelines and recommendations as a means to improve their human, animal and plant health status and ability to gain and maintain access to markets. 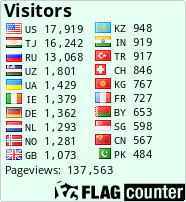